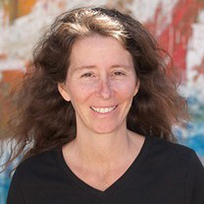 From 1990 – 1999, after graduating from the University of Wisconsin, Stefanie published the newspaper Affinity to educate Ohioans on pressing environmental issues. She was inspired to start her publishing career after a summer internship in the Bay Area at the Sierra Club Yodeler. During that summer, she spent much of her time in the redwoods participating in Redwood Summer, a campaign to stop clearcutting of old growth forests.
​
For the next five years, Stefanie split her time between her hometown of Cleveland, Ohio, and Eugene, Oregon. She did a stint with the Earth First! Journal in 1993. She helped organize public events to stop salvage logging and educate people on fire recovery at Warner Creek in Oregon's Willamette National Forest.

After moving back to Cleveland full time, Stefanie took a six year hiatus from publishing environmental news to raise her two children. Stefanie launched EcoWatch in 2005. For the first seven years, EcoWatch published a bi-monthly newspaper printing 80,000 copies per issue and distributing them at more than 2,200 locations throughout Ohio.

In October 2011, EcoWatch transitioned from a print publication to an online news website. With an initial focus of uniting the voices of the grassroots environmental movement and mobilizing millions of Americans to engage in democracy to protect human health and the environment, EcoWatch has expanded its coverage to service its more than 2 million readers per month.
​
EcoWatch is one of the nation's leading environmental news website. We are at the forefront of uniting all shades of green to ensure the health and longevity of our planet. We are leading the charge in using online news to drive fundamental change.
​
Follow Stefanie on Twitter at @StefanieSpear.